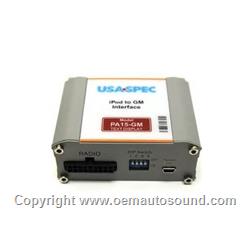 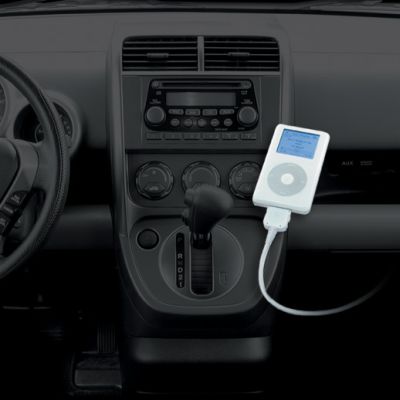 Control, Play, and Charge though the Factory Radio.

Displays text and song title information on radios with Xm.

Works on Vehicles with and without Sat Tuner button, CD-changer or RSE.

Works on vehicles with or without Sat tuner activated.

Works with all iPod firmware versions.

No loss of  In Dash 6 Disc Changer, RSE or Sat Tuner functions.

All USA Spec models come standard with new iPod cable that fully charges all iPod's, including the new 3G iPhone, new  Nano and new 2nd Gen iTouch! Directly plugs into the back of your factory radio. Users do not  lose any features or functions of their existing radio system.

Combines Multiple modes to control your iPod, use your iPod to create up to 5 favorite mobile play lists. Then, access, play, and control each favorite play list with your factory radios or on all GM radios. Use your radio to select Direct Mode and then Manually control your iPod and complete access all your content. Access direct mode right from your radio with a touch of a button. In Direct Mode, radio will controls song up/down and random or shuffle Play. User can control all other features of the iPod manually. Our iPod connector also adds an additional Auxiliary input into your factory radio for audio device such as DVD player, Satellite radio tuner, or Mp3 player.
Notes:
PA11-GM compatible with radio that have satellite radio, In-dash 6 disc changers, Mp3 player, Navigation Units, and Rear seat Entertainment.